About Us / Establishing a business in 1865

Establishing a business in 1865

Following the 2015 General Election, during which then Prime Minister David Cameron visited Martin’s with his campaign to show that the relationship of enterprise, commerce and business with the government was a key point of difference between the parties, it set us wondering about the kinds of economic and commercial challenges that faced our predecessor Mr. John Hadlow Martin, and what might have been influencing his vote back in the 1860’s as he launched his business. 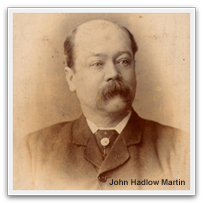 When Mr. Martin set up Martin’s Rubber, the government in power was the Liberal Party, headed up by Viscount Palmerston until his death later that year when Earl Russell succeeded him.  It was the first Liberal Government ever to have been  appointed, and when they came to power in 1859 their fundamental policies were that of free trade with minimal government intervention in the economy, whilst supporting social reform alongside a reduction in the powers of the Crown and the Church of England.  In the mid-1880’s, ‘New Liberalism’ became popular which, whilst maintaining a core belief in personal liberty, also favoured an increased role for government intervention to provide minimum levels of welfare for all citizens. John Martin’s business was essentially a shop, with his retail trade initially based upon buying and re-selling rubberised products, and offering a “waterproofing” service by vulcanising the early Mackintosh rubberised fabrics into tarpaulins and wet weather clothing.

Rubber was then, as it is now, reliant on international trade and the import of goods and raw materials from far-reaching parts of the world.  The 19th Century, throughout the reign of Queen Victoria, saw Britain grow to become the world’s most powerful trading nation thanks to economic and social revolution through industrialisation, and when the British India Steam Navigation Co. was established in the 1850’s, Great Britain dominated the industrialised world both in tonnage and in distance.  It was an ideal time to be capitalising on a growing global economy. 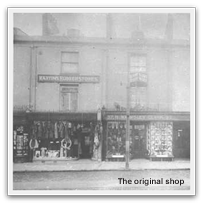 Life for John Martin himself, however, may have been hard – although the local sewers were enlarged and improved in 1850 when the town council in Southampton took over maintenance, there was nonetheless a cholera epidemic in the city in 1865, killing 151 people – but by 1888 most people had piped water, and a year later the first electric streetlights were switched on in Southampton. His passing trade for the first years in business was most likely dockland workers, glad of the recent technological development in materials which meant that the rubberised Mackintosh’s would keep them dry and protect against the wind in bad weather.  From 1881 this trade would expand to include the passengers of ocean liners, leaving Southampton for the colonies. Not all was well for the rest of Great Britain during the 1860s, however; the Cotton Famine (1861-65) resulting from export bans by the Confederate States of the US south created a depression in the North West England in the textile industry, followed a boom that flooded the market but ultimately resulted in demand and prices collapsing. The economic damage was huge, with many workers enduring famine and relying on relief efforts from around the country and rest of the world – as well as a personal address from Abraham Lincoln, who at that time was still grappling with the American Civil War which raged until 1865.  The civil war in America had, in fact, helped to bring the Liberals to power, with their focus on personal freedom striking a chord with the electorate – but once in Government, the alleviation of suffering at the hands of the Cotton Famine became a key focus for the party.

So, what would Mr Martin’s key concerns likely to have been?  Firstly, the continued facilities for free trade and import of goods.  Secondly, the success of Southampton dockyard both as a trading and a passenger port, providing him with a good flow of customers and ensuring that they had the money, and the need, to spend.  Finally, although perhaps not last, would have been the living conditions of his family; with marked improvements in during the first half of his lifetime, Mr. Martin would surely have been keen for that to continue and for the local city to be a thriving place for his successors. Since the family were living “over the shop”, the success of the business was essential not only to provide a roof over their heads, but to provide for the succeeding generations of the Martin family. It is surprising in a way, how little those needs have changed over 150 years; Martin’s Rubber still today relies entirely on global trade – whilst a proportion of our market is outside of the UK, a significant part of our supply chain is, by necessity, as are the end users of the products into which our components are sold.  We rely very little on passing trade these days although we still have a trade counter, however infrastructure (both physical and digital) is crucial – as is the ability to trade equally and fairly with supply chains and economies that could, if not regulated, become unreachable. Finally, anyone who knows Martin’s Rubber will know that a key aim for the Board of Directors is longevity of the business and the support of its staff; while our living conditions don’t compare with those of 1865, the Company and its staff have certainly seen tough times along the way. 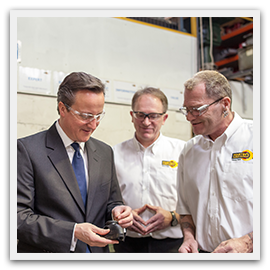 The Liberals no longer exist in their original Victorian state, and many of their key policies are now irrelevant – but the needs of small, local businesses and the support they look for from their Government remain; a stable economy, sensible taxation policy, reliable banking with decision making at a local level, relevant business regulation and support that facilitates innovation and growth etc, have not really changed that much over time. Clearly, while much has moved on in the intervening 150 years, the essentials that allowed John Hadlow Martin and his family to establish and run a thriving business into the 1900’s are just as relevant today as they were then, and it seems that the recent Election result confirms that when it comes down to it, most people agree that their government should deliver these basic principles first and foremost even in the 21st century.