In positive news for both the automotive and rubber tyre industry, the first half of 2014 has seen strong growth according to the European Tyre and Rubber Manufacturers Association. Road car tyre demand  grew by 8% in the period when compared to the 2013 figures, wth a total of 98 million tyres delivered, whole bus and truck tyre deliveries rose by 10% from 3.9 million to 4.3 million units shipped. The ETRMA also highlighted the fact that agricultural tyres saw an increase of 4% to 965,000 units sold, while motorcycle & scooter tyre sales grew by 8% to 5 million units delivered. There was however quite a disparity across regions within europe, with German consumption of bus & truck tyres up 15% but 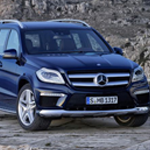 road car tyre sales in Spain & the UK down by 1% Reflecting on the statistics, ETRMA Secretary General Fazilet Cinaralp said “The stabilization of the market on a positive trend is very good news, which makes us hope for positive end-of-year results after such a grim 2012 and 2013. Furthermore, the sell-in for winter tires continues on a very high level, which hints to a nice picture for the consumer segment, however, it will be possible to have a ‘real-life check’ after the sell-out from September through November.” ETRMA members include Apollo Vredestein, Bridgestone Europe, Brisa, Cooper Tires, Continental, Goodyear Dunlop Tires Europe, Hankook, Marangoni, Michelin, Mitas, Nokian Tires, Pirelli and Trelleborg Wheel Systems, as well as the national tire associations of Belgium, Finland, France, Germany, Hungary, Italy, the Netherlands, Poland, Spain and the United Kingdom.   Author: Adam Hooper Date 22nd July 2014

The process of rubber prototyping at Martin’s Rubber