The Ministry of Defence (MoD) has seen its budget largely untouched, following the latest spending review for the 2015/16 financial year. According to telegraph.co.uk, this result – it’s budget was simply frozen – went ‘against expectations’ and may have had something to do with the warnings issued over the potential negative impact of further cuts. In comparison, several other departments saw their budgets cut by ten per cent or more, as Chancellor George Osborne sought to find £11.5 billion in savings within the government’s spending. Mr Osborne said: “We’ve made real progress, putting right what went so badly wrong. But while we’ve been acting, the challenges from abroad have grown. A eurozone in crisis. Rising oil prices. The damage from our banking crisis, worse than anyone feared. And the truth is we have to deal with the world as it is, not as we wish it to be.” 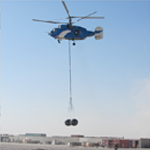 The UK has one of the largest defence budgets in the world, reports bbc.co.uk, but the MoD will deliver “maximum value for money”, Mr Osborne stressed. He described the country’s armed forces as the finest around and stated his intention to keep them that way. There were some significant changes within this area though; as less money will be spent on its civilian workforce while intelligence services would benefit from a larger budget.   Author: Paul Smithson   Date: 27 June 2013