Prime Minister David Cameron has this week attempted to quell the controversy surrounding the HS2 rail development by claiming that high-speed transport will prove “essential” to Britain’s prosperity. His comments came in light of a rejection of the latest challenge to the government’s national transport project, which saw fifteen councils and a number of residents associations ask judges to order a further assessment of the scheme. Bbc.co.uk says the judges dismissed all seven grounds of appeal, most of which focused on the London-Birmingham HS2 route, and declined the option of sending the case to Europe for a second opinion. Talking in Crewe at a plant owned by luxury car manufacturer Bentley, Mr Cameron said people need to realise that the plans will benefit the whole country. 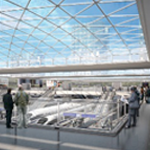 Cited by standard.co.uk, he said: “I think if we want to be in the front rank of countries, if we want to be a winner in what I call the global race, then we’ve got to have a really fast and efficient transport infrastructure.” Mr Cameron said the plans would “transform the economic geography” of the UK by shrinking it “in terms of time”, also improving passenger capacity on a number of routes. He highlighted that many countries have already used the “high-speed revolution” to boost their economy, adding: “We’re a little bit behind so I think it’s right that we catch up.”