Our offices would be best described as a large open space inside a brick-built 2-storey 1950’s building, positioned in the midst of a largely residential housing and recreational area, with a fireplace against one wall and a large domed glass in the roof; it is not typical of a manufacturing back-office.  Until 1999, when we bought the building to expand our manufacturing and office facilities, it had been used as a pub and restaurant, at times more successfully than others throughout its 150 year lifetime.  I have done my best to piece together the building’s story, before it was fitted out with printers, PC’s and neat pods of oak-coloured desks with blue dividers. The area in which we are based developed swiftly in the 1830’s and 40’s; a new railway station was built, ‘Terminus Station’, bringing pedestrian traffic from London to Southampton and through Oxford Street.  At around the same time, the ‘floating bridge’, a cable ferry linking Woolston and Southampton, was put in place – both transport systems served to bring a whole new level of passing trade on their way to Southampton, creating an opportunity for local businesses.  The earliest occupants set up the Pullinger Hotel in the 1840’s, renaming it as the Clarendon Hotel shortly after; it was run by a Frenchman, Philip Geopel, and was known not only for its ‘foreign wine’, but also its hot and cold vapour baths – much like a steam room and thought to aid all sorts of ailments. 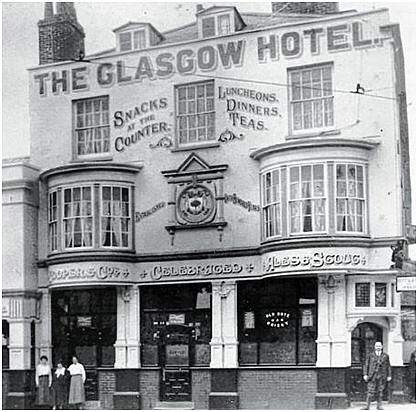 The pub came under ownership of Cooper’s Brewery in the 1880’s and it was re-branded The Glasgow Hotel, a name it retained for almost 100 years in spite of huge structural and ownership upheaval.  In 1912, an ex-Army Sergeant Major, Johnny Walker, took over the bar – not only was he a fencing champion (and therefore, we imagine, kept the clientele under strict control), he put an emphasis on the restaurant side of the business, starting up their very own ‘Oyster Grotto’. During the Blitz of 1940, the pub was completely destroyed; a shack was erected following this, still called the Glasgow Hotel, and the pub continued to function in its temporary accommodation until 1958 when Watney’s Brewers built the brick building we still use today, including within it, according to the Daily Echo, an ‘off-sales’ 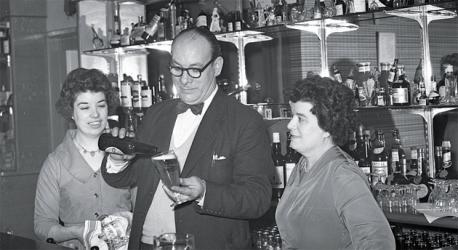 Photograph of the bar in the newly built Glasgow Hotel

shop and bottled beer store. As reported by the Daily Echo at the time, the new building was innovative, with two-pattern wallpaper, a smoke-resistant (hair!) cream smeared on the walls, and ‘in the ceiling is a glass dome to give the bar a bright and airy effect’. In 1989 the pub was re-furbished and launched as The Gamekeeper, before being changed to Dixies, and finally Zenbar, a wine bar and bistro. The original rubber shop, followed by the factory and offices, have always been located in close proximity to this pub with its changing services and imposing facade; many of our longer-serving staff knew it as a pub and then a bistro, along with its live music, lock-ins and attempts to re-invent itself.  It seems only fitting, then, that it should continue life serving the next generation of local employees – even if as an office, rather than a drinking hole. 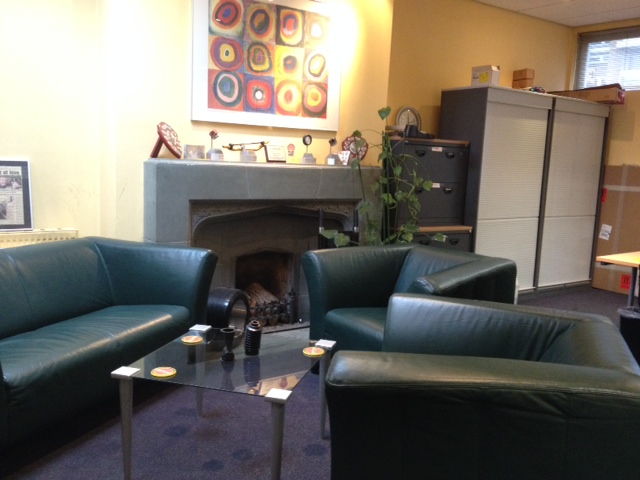 An area for customers and informal meetings 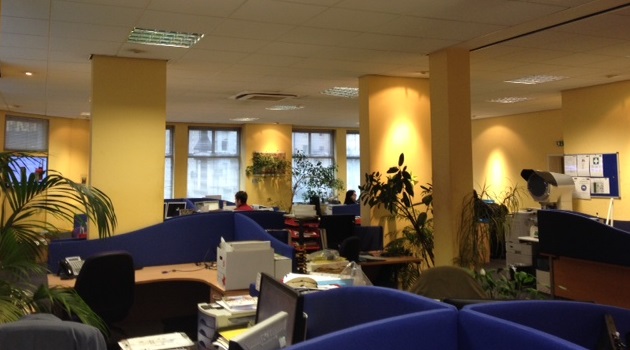 We still have the domed light in the ceiling, the beer cellar, and we even have our very own Frenchman – unfortunately (depending on who you ask!) the bar is long-gone, as are the barrels.

The post The local pub that became our office appeared first on Martin's Rubber Company.

How does FEA calculate stress?