100 million pound Battersea restoration to be headed by Mace

Construction firm Mace has won the job to manage the construction of a 100 million pound Battersea restoration, reports building.co.uk. According to constructionenquirer.com, Mace has been tasked with dismantling and rebuilding the four huge chimneys, as well as a large amount of exterior brick repairs. Shell repairs will begin next month and the chimneys will be taken down in February next year. It is part of the first half of the second stage of restoration on the building. The first half focuses on exterior work, whereas the second half will focus on renovating the interior. In total, the project will cost 700 million pound. 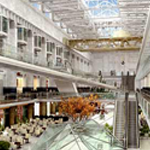 Mace were up against several other firms for the job, including Lend Lease, ISG, Sir Robert McAlpine and Brookfield. However, they will only head the first half of the project and firms will be invited to compete for the next job in 2014. It’s hoped that the interior work will begin in early 2015. Battersea Power Station Development Company chief executive, Rob Tincknell, commented: “The appointment of Mace, which has an excellent track record in historic and specialised buildings, will ensure that Gilbert Scott’s masterpiece is in safe hands and that all the contractors working on its restoration are pulling together so that we can finally refurbish it and open it up to the public.” Laura Varley Date: 03 September 2013

What is the difference between injection moulding and compression moulding?

What types of rubber testing are there?