Back in 2000 I was lucky enough, with two friends, to be able to ride from Cape Horn to Alaska by motorcycle, 12,500 miles in 12 weeks. It was a fantastic, once in a lifetime trip, and that “Cape Crusaders” journey has been one of the best things I have ever done. Since then of course, business and family commitments has limited me mainly to my more usual weekend only motocross activities, which, while being hugely enjoyable, keeping me fit (!) and de-stressing me, are not quite the same……so having passed over the opportunity to ride the Touareg Rally in north africa a couple of times, I was last autumn talked into taking on the Hellas Rally “a little trip around the greek mountains” by my friend Graham Lovell from MR Thumpercross days. Graham had ridden the Touareg twice with his AMCA motocross sparring partner Lee Mason, and Lee had done the Hellas in 2013, so they took me to the Three Cups pub in Stockbridge to tell me all about it. By the end of the evening Graham had convinced me I really needed to do the rally, and he clinched the deal by kindly offering to loan me his spare bike, thus removing my last excuse; all I had to do was get myself organised! 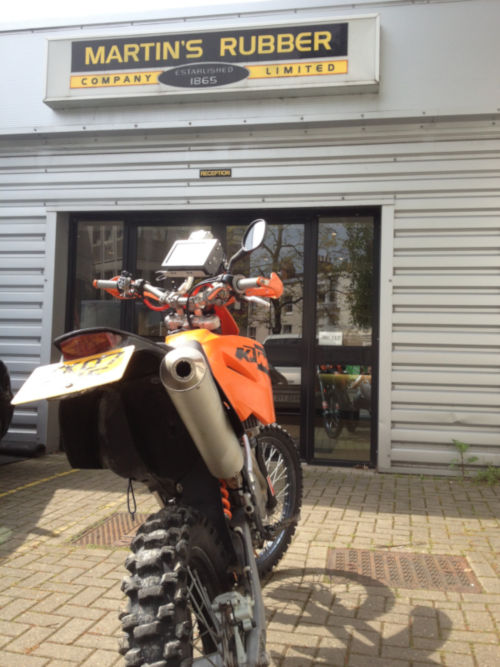 It seemed like plenty of time to get ready, but as ever, time flew by, and along the way the whole project seemed to be getting more & more complicated. It turns out that this is quite a serious international event, and I needed my ACU competition licence to be upgraded, and extra insurance etc, for which I had amongst other things to pass a stress ECG test, stressful in its own right….. I also needed to buy the approved navigation equipment to fit on the bike, as the route is only revealed just prior to each day of the event. You are given a scrolling roadbook map to read as you ride, so that you can navigate the course including the checkpoints, hazards and special tests. All this is new to me as a skill, so the brain is going to be in overload situation I’m sure. I also knew I would have no time to race prep the 2007 KTM 450 EXC bike Graham has loaned me so that had to go to our tuner Clayton Williams to set up, and for an MOT at fellow Cape Crusader John Williams’s bike shop. I picked up the bike from Clayton last saturday, via Northampton to collect the navigation kit from Rally Raid products and spent sunday afternoon with Lee bolting it all on, and powering up the various devices. I spent a couple more very late nights this week with the bike in the Martins Rubber workshop fine tuning the setup of the kit, which I hope will stay on the bike and keep working, even if I dont…. 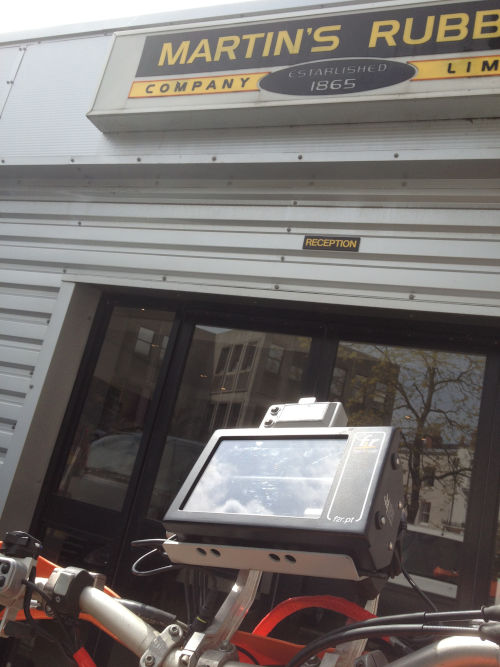 So, after not enough planning, practice (none) and preparation (minimal), I am off on Sunday to fly out with Graham and join Lee (who is now driving down with all three bikes in the van) to form “MR Team Hellas Rally” and see if I can complete the 5 days and 2200km of the Rally around the mountains of the greek mainland. The terrain will be similar I think to the Spanish mountains where I did some enduro riding for the weekend a couple of years back – that didn’t end well, as on the very last section I came off and landed face down on a big slab and damaged my kidney, spending a week in hospital in Malaga recuperating, not part of the plan. I am aiming for more like the America experience this time; be alert to the conditions and ride accordingly at all times. When we did the “Cape Crusade” we collected funds in aid of Downs Syndrome, and that condition became much more real for me when our son was born – thankfully fine but those statistics suddenly meant much more. Therefore on this ride, if I can complete this challenge I would like to support and publicise a couple of local charities that are in need of help. Al Lewis, partner of Lucy Townsend who runs the Greyhound on the Test in Stockbridge was tragically struck down with severe infection before Christmas 2013 resulting in multiple amputations; a huge challenge now for him and his family will need serious funds over years to come. Also, Naomi House is a local charity that do a fantastic job for young people and their families going through illness, and we have supported them in the past whenever possible. So if you feel able to donate anything to these very worthy causes, please follow the highlighted links on their names just above – I know they would very much appreciate it. 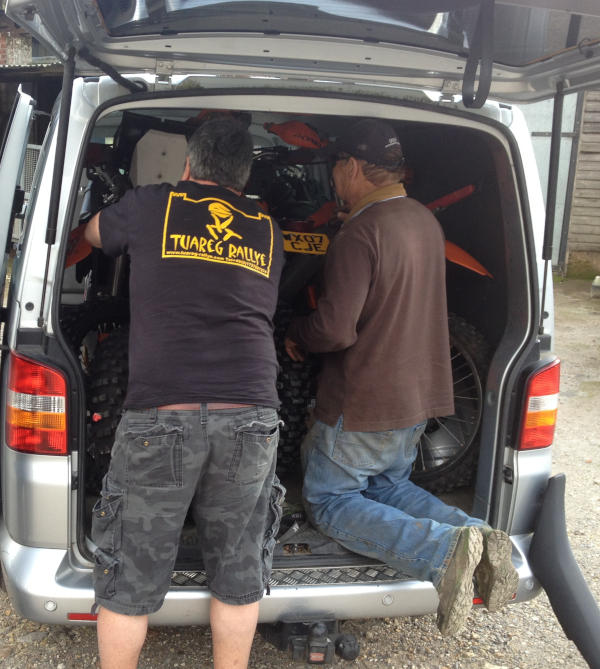 Are you sure we can get three KTM Rally bikes in this van?

Day 1: Lined up and ready to go 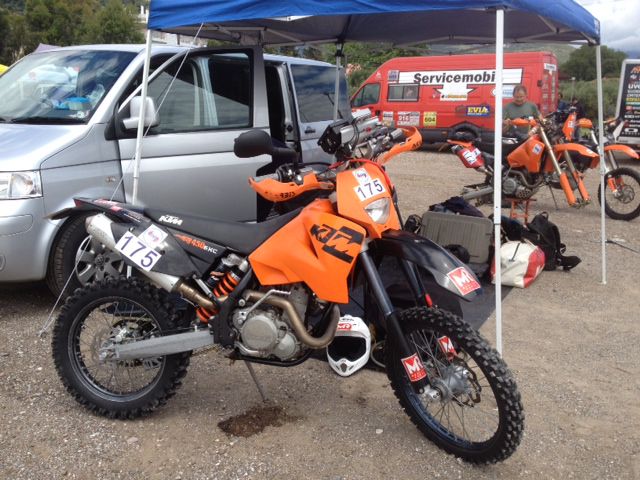 Day 1: Prepped and waiting for a rider 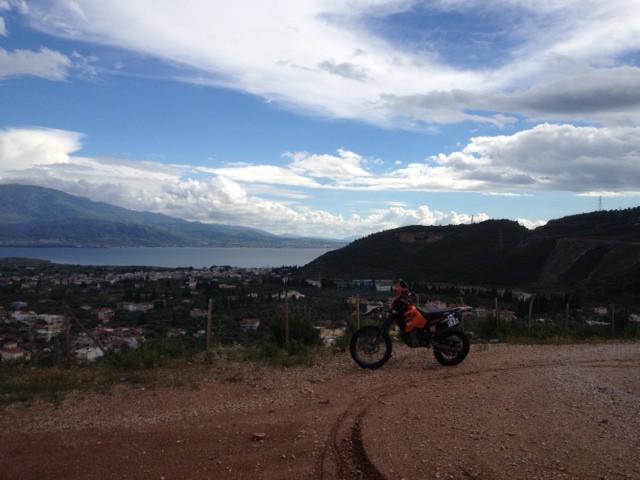 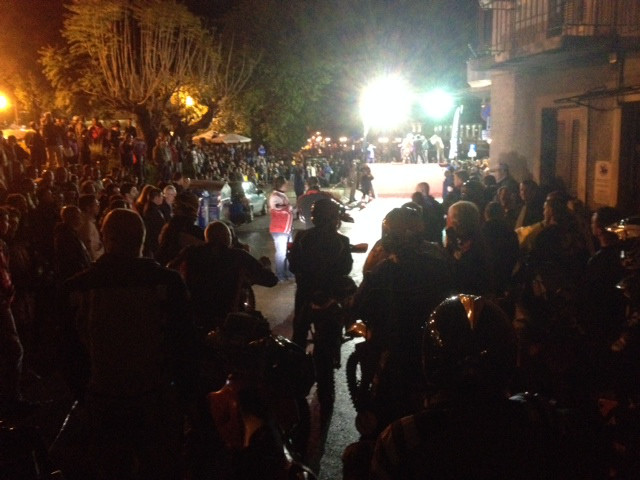 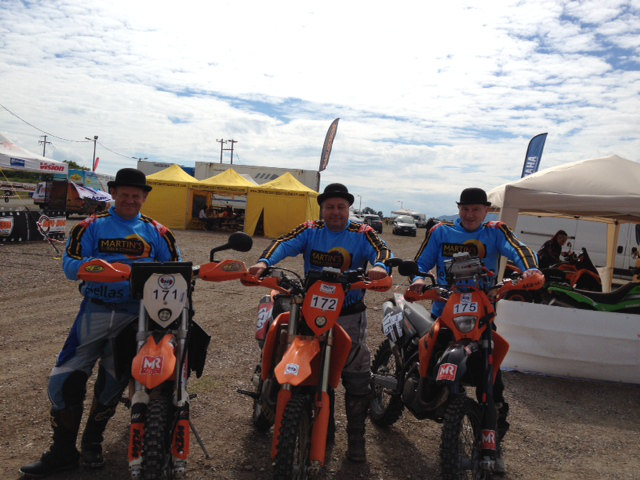 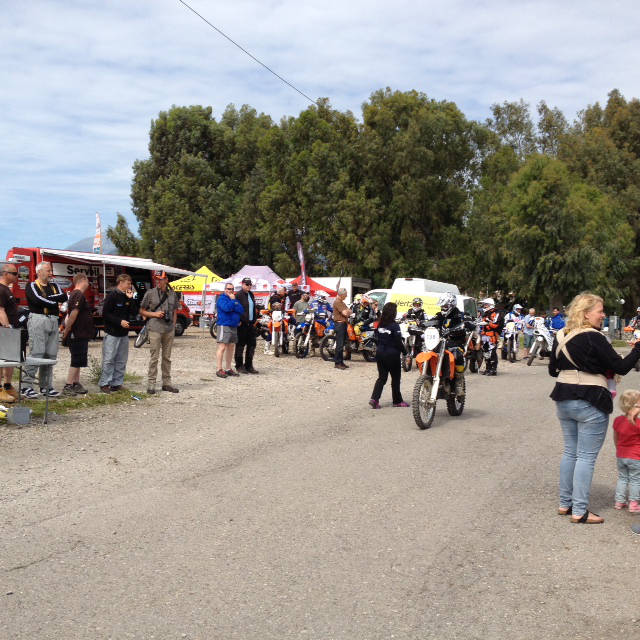 Day2: Heading out of base camp 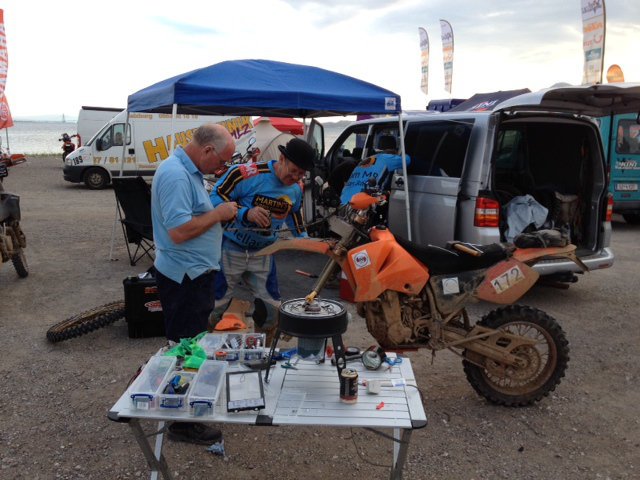 Day 2: Where would we be without our support team… 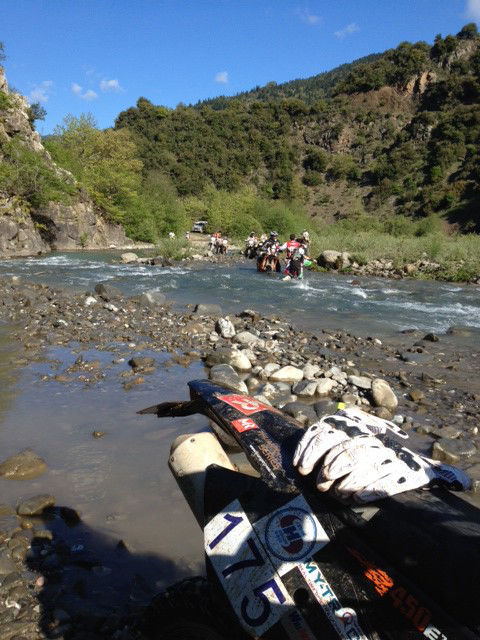 Day 2: One of the four river crossings