As reported by the BBC last night, Aston Martin is recalling over 17,000 cars.  This is as a result of recent reports that a part manufactured by a Chinese sub-contractor allegedly contains counterfeit plastic material. The part found to contain this potentially ‘fake’ polymer is the accelerator pedal, and although no accidents have as yet been reported, fears have been voiced that it may break; a spokesman, as reported by the BBC, commented, ‘Customer safety is very important and to change the pedal takes less than an hour, so take the car and get it replaced is what we’re saying.” 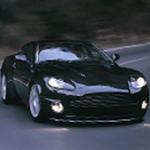 One of the few models not recalled for a pedal change; the Vanquish Coupe

All new cars built since late 2007 other than the new Vanquish coupe and Volante models are affected by the recall, including all left-hand drive models since 2007 and all right-hand models built since May 2012 (approximately 75% of all cars built in that period are covered). A spokesman for Aston Martin has said that they would now bring manufacture of the pedal arm back to the UK which, perhaps unintentionally, will further support the Government’s current campaign for reshoring manufacturing work.