Construction industry saw 2.2 per cent rise in output during July 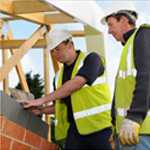 The Centre for Economic and Business Research (CEBR) said that this rise in housebuilding has likely been fuelled by government schemes such as Help to Buy and Funding for Lending. It also noted that the rise in private sector housing construction was “promising”. “This may alleviate concerns in some quarters that government schemes are going to merely inflate house prices while doing nothing to increase the stock of housing in the UK,” the CEBR said. “There are now tentative signs of a supply-side response to these schemes emerging though on balance these are, in CEBR’s view, unlikely to be enough prevent housing becoming less affordable over the coming years.” Author: Laura Varley Date: 16 September 2013