The start-up of new construction projects across the UK is a grand signal that the sector is finally entering into a period of prosperity. That’s according to the latest RICS construction market survey, cited by freshbusinessthinking.com, which explains that activity in the sector is picking up tremendously in ‘almost every part of the country’. For instance, the second quarter of the year saw a net balance of 21 per cent more surveyors reporting a rise in workloads – the most positive reading in over six years. In addition, 59 per cent more respondents are predicting workloads to rise rather than fall. The biggest rise was in London, the South East and the Midlands, delivering ‘considerable improvement’ on figures in recent years. It also represents positive news for profits and employment prospects, especially as one pound spent on construction in the UK generates almost three pounds of wider growth, claims the report. 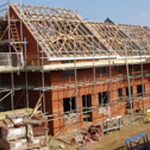 Overall, the report suggests the construction sector is the most optimistic it has been in year and the industry will be hoping the report is the start of a ‘long road to recovery’. Simon Rubinsohn, RICS Chief Economist, commented on the figures to bbc.co.uk: “It is clearly good news that the amount of construction taking place across the country seems to have turned a corner.” Author: Ashley Curtis Date: 24 July 2013

How rubber gaskets are made