So, by now we are now well into the 4th Industrial Revolution – and rather than slip by without a great deal of discussion (what, exactly, were the 2nd and 3rd revolutions, we hear you cry), this one is not going to go quietly – in fact it has already made a name for itself. Industry 4.0 (or, technically, Industrie 4.0), the contemporary term coined to reflect everything cyber, appears to originate from the German government’s strategic policy to promote the computerisation of manufacturing some years ago. The UK has chosen to adopt the same (albeit anglicised) term, whilst other countries and organisations are developing their own TLA’s and equally pithy soundbites. They all share common principles, however, and those, in a nutshell, are of the digitisation of manufacturing, with specific focus on the Internet of Things and Big Data through cloud computing. 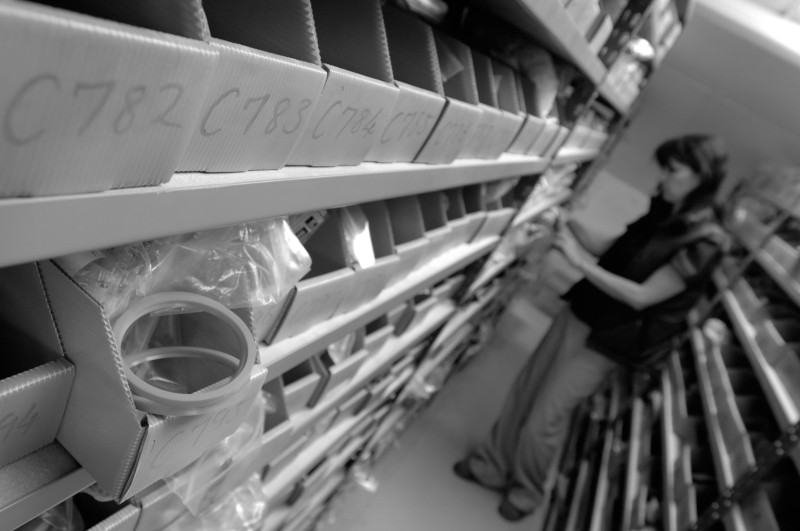 Stock management is a vital part of any manufacturing company

The latest report published by the EEF (Manufacturers’ Organisation) has elaborated on these concepts in a bid to paint a picture of what Britain’s Manufacturing future might hold – as far into the future as 2050 and beyond. The report, launched in February, sets the scene for a hard-fought global race to dominance of the manufacturing world – based not, this time, on industrial innovation through steam power and big engineering, but through automation, innovations in data management, system (and human) integration, and computer-aided design that goes far beyond most companies’ current concepts of R&D. The nirvana-like endgame that is envisaged for manufacturing organisations is a totally interconnected system where information is collected from all the elements influencing a process or output, corrections applied automatically or following analysis of the issue, and the resulting actions communicated throughout the network. For an SME, to be faced with this somewhat Dickensian ‘ghost-of-Christmas’ future view of our predicted fate, is more than a little daunting when we consider the huge leaps we already have to make to maintain a strong foothold into supply chains of corporate global technology players. However, if you look carefully at the proposed direction and break that down into bite-sized chunks it seems only fair to give some credit to many SME’s, including us, for being already on that path – albeit only taking our first steps relatively speaking. Here are some examples of how:

Of course, the great big elephant in our cyber-room is the cost of achieving all of the above; it is not so long since the UK dived into its worst recession on record and the Government announced that our (dwindling) manufacturing industry would haul us out. While SME’s fought to retain skilled staff and even take on apprentices through lean times to build for the future, it is no secret that many of those manufacturers made painful redundancies during that period, and are still suffering from those losses of skill and depth. Yet here we all are, trying to get ahead in a global race for leading edge technologies, ever-improving innovation and customer-lead solutions and service levels, whilst trying to remain competitive enough to avoid further off-shoring and the constriction of the export market. Set against a background of a national economy that is far from healed, a European economy that is still dysfunctional, and the most unstable geopolitical situation since WW2, is Industry 4.0 the saviour of UK SME manufacturing or the millstone that drags it under? Don’t misunderstand, of course we will stand shoulder to shoulder with the rest of the UK’s engineering and manufacturing industry – but there is a financial and resourcing burden to doing so, and that needs to be understood at all levels of the supply chain, and more importantly government, in order to make the enormous cogs of industry turn in unison. Are the Tier 1 organisations that drive so much of the manufacturing supply chain prepared to see the bigger picture that government wishes or will they relentlessly pursue cheapest price at the cost of best value, and will government continue to develop and enable a long term, effective manufacturing policy or will the fast buck earned by the City continue to call the politicians’ tune? On these factors depend the success of Industry 4.0 for SME’s like us, and the balanced economy that the UK should and must have to be sustainable in the 21st century…

Advantages and disadvantages of silicone rubber