Kier’s Merseylink consortium has been named as the preferred bidder for the Mersey Gateway bridge project, reports nce.co.uk. The group reportedly managed to reveal savings of ‘tens of millions of pounds’ on the projected public sector contribution to the £2 billion project budget. A huge chunk of the total saving will be made through using concrete for the bridge base rather than steel. Planners had expected the bridge to cost £600 million to build, but a revised cost is yet to be published. According to liverpooldailypost.co.uk, the crossing will run from Junction 12 of the M56 near Runcorn across to the A562 in Widnes and include six lanes to ease congestion. The bridge is being constructed improve journey times and lead to increased investment in the North West region. It’s also expected to create 4,600 jobs during the development period. 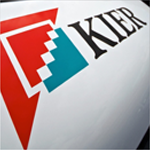 A Balfour Beatty/Bouygues consortium and an MGL consortium of Galliford Try, Hochtief and Spain’s Iridium also applied for the contract to design, build and finance the Mersey Gateway, but that has now been trusted to the hands of Merseylink. Construction on the bridge will now start in early January and should take around three-and-a-half years. Steve Nicholson, project director for Merseylink, said: “Price was a key factor with Merseylink winning but we still had a list of quality requirements. “We wanted to make sure the local community benefited from the opportunity. It’s come at a time when construction employment is very thin and there’s an opportunity to correct this locally and Merseylink showed an acute awareness of this.” Author: Richard Towey Date: 21st June 2013

Construction begins on London residential tower One the Elephant