Scottish Independence – who is right?

Having spent three weeks in June up in Scotland with our roadshow, touring the Oil & Gas industry, I was hoping to gain some sense of the pro’s & con’s of the Scottish Independence arguments, however, this did not prove to be easy. Listening to everything from the local news reporting, conversations with customers and the general public right through to presentations from the “captains of industry” and indeed meeting the First Minister, there was certainly plenty of opinion to be had. However, for every supposed “fact” there seems to be a counter “fact”, with both based on supposedly incontrovertible scientific research or financial analysis. 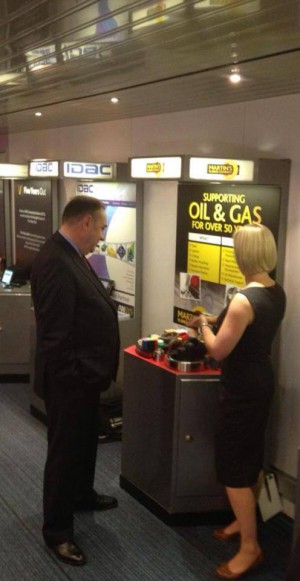 Depending on who you listen to, North Sea oil & gas reserves will either be here for the long term due to ever improving extraction techniques and deep water drilling uncovering new deposits, or, are essentially exhausted and inevitably due to decline year-on-year with ever increasing costs of extraction. Clearly, both positions cannot be right, and maybe the truth lies somewhere between them, but either way this truth will be a huge influence on the economic viability of Scotland in the long term. It seems incredible that there is not a much more scientifically based set of data around which most people could agree within reasonable degrees of uncertainty, in order to inform the public prior to making this huge decision. The other factor that seems to be little understood or have reasonably clear key discussion  points is the financial impact of separation with the cost of setting up the extra governance required to run Scotland without Westminster; details such as the currency, membership or otherwise of the EU, and underwriting the debts of the banking system. Perhaps however, I should not be surprised that politicians of all sides seek to underplay the uncertainties and overplay the perceived positives of their respective cases. Having seen the First Minister in action, and met the local MP and councillors of Aberdeenshire, this whole debate is, unsurprisingly, long on politics and short on statesmanship it seems. So what can I now say with any certainty about the whole Scottish Independence debate? Firstly, as far as business is concerned, if Scotland votes Yes to independence, that will cause massive uncertainty until such things as currency, EU status and governance get sorted out, which is likely to put any new investment plans on hold, probably for a couple of years, This is the last thing the Scottish, or indeed, UK economy needs right now. Secondly, there is still a strong dislike of “the English” in certain quarters, and those people, regardless of any substantive or reasoned arguments, are just going to vote Yes whatever the consequences. Thirdly therefore, as the politicians get ever more desperate to persuade the “undecided” remainder of the population, especially women voters, of their opposing cases, the quality and substance of the debate is unlikely to improve. Therefore it is likely that there will still be an awful lot of “undecided” voters staring at a ballot paper still with no clear idea of the merits of either case, and unaware that the currently vibrant economy of Aberdeenshire, Glasgow and Edinburgh could hit the buffers overnight should they vote Yes. If that were to happen, the politicians on all sides will have been remiss in not being honest with their public in presenting a realistic budget for either the status quo, or the change.

The post Scottish Independence – who is right? appeared first on Martin's Rubber Company.

The importance of rubber prototyping